We are Innovators and Activists

Founded on the principles of community involvement

Kelly Vilar is the founder and CEO of the SI Urban Center.  She has invested her life’s work in helping people to hope, dream and take action in their lives. She has always been passionate about helping others to be socially and economically conscious, and to be activists in their own lives--thus living and sharing her mantra --community development through community involvement. Kelly has been active on Staten Island as a member of Community Board No. 1 chairing the Youth Committee and helping to move forward an agenda for north shore youth to include finding new funds for programs such as the first YouthBuild Staten Island program ever in the borough.

In 2015 Kelly founded the Let’s Rebuild Cromwell Community Coalition dedicated to raising the community voice on youth recreation needs and common sense community development for the north shore of Staten Island. She helped to lead the community in authoring a community driven plan for development called MERC -The Maritime Education, Recreation & Cultural corridor of the north shore. In 2020, Kelly produced Our Urban Town: Reimagining Staten Island's Waterfront Community, a short documentary chronicling the plight and hope for development on the waterfront.  Kelly is also a member of the  NYC Waterfront Management Advisory Board.

Kelly is passionate about her years of volunteer work with the Staten Island NAACP as they annually host the first and only Historically Black College Fair held on the island. At her church, Kelly is a Youth Ministry leader, Chair of the Scholarship Committee and helped to lead the Pastoral Search Committee at Brighton Heights Reformed Church. She also co-founded alongside Yvette Washington Wheatley, the Brighton Heights Reformed Church Youth Orchestra.

In Kelly’s early years, part of her life’s work included an invitation from the African National Congress where she traveled with a group of NYC youth to meet the Honorable Nelson Mandela shortly after his release from prison to participate in South Africa’s Conference on Transitioning Government in Johannesburg, South Africa.

Kelly founded several organizations and groups that include the Circle of Sistahs, a youth conference bringing together young women of color to enter into mentorships with adult women achievers and the MUEVETE Youth Conference which still today more than a decade later brings together Puerto Rican Youth as they celebrate and educate each other on Puerto Rican culture and history.

​Over the years Kelly has worked closely with many organizations past and present such as UPROSE–an Environmental Justice organization, Cathedral St. John The Divine, NYS Youth Coalition, Ms. Foundation, National Latinas Caucus, AIDS & Adolescent Network of NY, Hispanic Corporate Achievers of Verizon, and NY Urban League to name a few.

For more than 20 years Kelly’s professional work has been in the financial field teaching economic empowerment.  She holds a Masters Degree in Science-Urban Policy & Planning from the New School For Social Research. 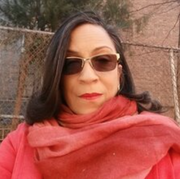 Debbie Quinones is Chair of the Staten Island Urban Center's board of directors.  She is long time activist who has worked  for more than 30 years on the issues of health, women, youth, policy and the built environment.  She is a fellow of the National Hispana Leadership Institute, co-founder of Muevete: Puerto Rican Youth Conference, Young Bucks Sports, Friends of Art and White Park Alliances, and former board member of the Upper Manhattan Empowerment Zone,  Civitas, East Harlem Preservation, and Stanley Isaac  Community Center. Debbie has made her mark in Harlem as a cultural placemaker developing historic markers in NYC communities through art, preservation, and urban policy development.
​ 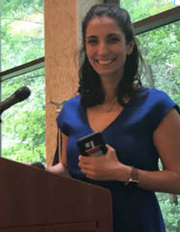 Roxanne Mustafa is the Vice Chair of the Board of Directors. She was born and raised in Brooklyn and has been a Staten Island resident for 14 years. She lives in St George with her husband and 2 boys. Roxanne is a User Research and Product Designer, and leverages her skills in research and facilitation, as well as her work in Diversity and Inclusion in the technology sector, to help build her community and raise the voice of women and other targeted groups Staten Island. She started the facebook group “Staten Island Women who March” after learning about the immense numbers of women from her community traveling to DC to the Women’s March as a way for the women to stay connected during the event. She  was quickly propelled into a leadership position in order to help organize and facilitate the needs of the almost 1000 member strong group which has become a platform for under-represented communities on Staten Island. Her goal is to help build a network of strong, smart and capable Staten Island women to improve their representation in our borough.
​ 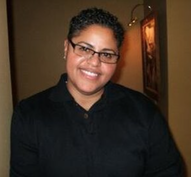 Leslie Colon is a 25 plus year veteran of the NYC EMS and CPR instructor. Leslie has been a long time activist working on housing and political issues.  She  was responsible  for increasing benefits for more than 10,000 Mitchell-Llama families. Through her work with communities all over NYC she has educated hundreds on how to save a life at the basic level and at a community level, engaging people to get involved in their communities.  Leslie is a worldly and an outdoor type of person who loves to travel and experience new things. Leslie loves working with people and is passionate about hitting community goals.
​ 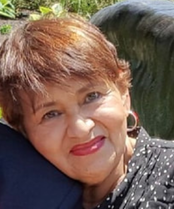 Sarah Vilar is a retiree and lends her expertise as a former 40 year career hospital administrator to be a staunch advocate for senior citizens, quality housing and health care.  She has served as past board treasurer for her 20,000 plus residents coop for several years. Sarah has been a leader in her community helping to create a positive environment for local residents spearheading neighborhood programs such as annual block celebrations for the last 20 years.
​ 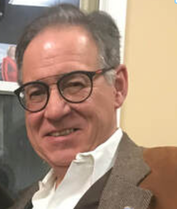 Armando Alexander Carles also known as Sandy is retired NYC Law Department professional with 40 years of experience in urban planning and development.  He is a saavy administrator, facilitator and collaborator with expertise in urban planning, leasing, procurement, proposal preparation and evaluation, and overseeing contract management.  He is a founding member of Latinx Unidos of Staten Island; a member of Community Board No. 1.  He holds various degrees and certifications including a Masters in Urban Affairs and Planning from Hunter College and graduate studies at New York University. He is an avid collector of MOLAS indigenous textile art from the Island of San Blas, Panama.
​ 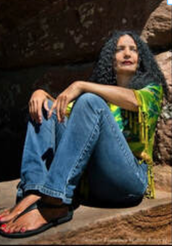 Olga Ayala is a Nuyorican artist who grew up in the heart of Spanish Harlem. She is a graduate of The High School of Art & Design in New York City where she received most of her formal artistic training. In 1997, Olga discovered polymer clay and has since been working primarily with this medium. Her pieces employ a variety of polymer clay techniques as the core material and as accents in her overall body of work. Olga has been commissioned to design awards for special recognition events and to create custom pieces for private individuals and groups. Her skills as a Prop and Costume Designer have also extended to the Indie-Film Industry and to the Theatrical stage. During the past decade, Olga has evolved into a teaching artist. She has led classes and workshops in schools, museums and at senior citizens centers, throughout NYC and along the East Coast. She also  co-founded PRIDA (Puerto Rican Institute for the Development of the Arts).

Rev. Dr. Alfonso Wyatt is an Elder on the ministerial staff of The Greater Allen Cathedral A.M.E. Cathedral of New York. He provides vital leadership to youth, young adults, and professionals in both the sacred and secular communities in New York and around the country. He retired as vice president of The Fund for the City of New York after serving over two decades. Dr. Wyatt is founder of Strategic Destiny: Designing Futures Through Faith and Facts. He has mentored thousands ranging from young people in foster care and juvenile detention facilities as well as adults in prison, or individuals receiving their PhD. He serves as an advisor and consultant to government, colleges, civic groups, community based organizations, public and charter schools, education intermediaries, foundations and the faith community. Dr. Wyatt, married 39 years to Ouida C. Wyatt, co-published their first book, Soul Be Free, Poems Prose Prayers. His second book is titled Mentoring From The Inside Out: Healing Boys, Transforming Men. He is a sought after speaker in his role as youth development expert and public theologian. He attended Howard University, Columbia Teacher’s College, The Ackerman Institute for Family Therapy, Columbia Institute for Nonprofit Management and New York
Theological Seminary where he earned his D.Min. Rev. Dr. Wyatt recently joined the Board of Trustees of New York Theological Seminary; and he is a founding Board member of The Harlem Children’s Zone Promise Academy and served two years as Chairmen for The 21st Century Foundation.

The Staten Island Urban Center is a non profit (501c3) community based organization. We are grateful to all of the individuals, groups and organizations past and present who have contributed financial and in-kind resources that help us to improve the promising urban communities of Staten Island through our youth and community development work.
​

Many thanks to our supporters...